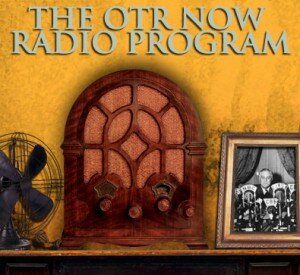 Rick Radtke has been a fan and collector of old time radio for since 1970. He is a “2nd generation fan” which means that he did not grow up during the era of these broadcasts. He became a fan during the resurgence in the 1970′s when collectors were regularly trading and selling the public domain broadcasts on reel to reel and cassette tapes.

His interest in the programs was first sparked by the classic Bill Cosby routine “The Chicken Heart” which was a humorous recollection of Cosby’s early childhood memories of radio on his LP “Wonderfullness”. Later, Radtke acquired William Goldwin’s 2 albums of “Themes Like Old Times” Volumes 1 and 2 and the Longines Symphonette collections of OTR narrated by Jack Benny. Captivated by this form of entertainment that utilized “The Theater Of Mind”, he eventually discovered “Those Were The Days” hosted by Chuck Schaden, which broadcasted these programs Monday through Friday on a station from Evanston, Illinois. From then on he was hooked on these wonderful stories from radio’s golden age and continued to record and collect these programs for the next 10 years, broadcasting and hosting a program on college radio in the late 70′s.

From then on he was hooked on these wonderful stories from radio’s golden age and continued to record and collect these programs for the next 10 years, broadcasting and hosting a program on college radio in the late 70′s.Fast forward to 1999, he relocated to Long Beach, California. With the advent of computer internet technology and the introduction of MP3, he started webcasting the increasingly available OTR programs on Live 365, where he became a “webcasting pioneer” of these amazing performances from the past.

Since then the “OTRNow Live and Crime Time” shows have become the 2 top old time radio webcasts on the Internet portal Live365, utilizing a collection of over 46,000 shows. His website otrnow.com has become a valuable resource for fans and collectors to listen to and purchase nostalgic products and old time radio shows for more than a decade.

In 2010, he began syndicating “The OTRNow Radio Program” for terrestrial radio. It’s a 3 hour program of Old Time Radio with some history and background for old and new fans of the medium. The show is also available as a podcast. The program can be currently heard on WSRQ Sarasota Florida every Sunday night at 7pm ET, 6pm CT and 4pm PT online at: Sarasota Talk Radio

When Rick Radtke is asked about why Old Time Radio has been an important interest in his life, his response is:
“Aside from the fact that it allows you to do your necessary chores and work while being entertained, (you don’t need to be staring at video images to enjoy the shows), there is something to be said about the beauty of creating your own pictures in your mind. It involves you more and makes you an actual part of the creative process. Many radio programs, like “Fibber McGee And Molly ” or The Jack Benny Program” stayed on the air for over 25 years. Because in your mind, they never age, they looked only the way you imagined they looked. The pictures you create from what you hear are always way better than what someone else would create for you. With comedy, your mind creates the image that is most funny to you. In horror, you make the picture of what terrifies you the most. It’s very difficult for someone else to anticipate those personal aspects of each and every personality. With radio, you are part of the artistic contribution, so you become more involved and more creative than you would be watching TV or film.”

OTRNow.com webcasts from Long Beach California, just a few blocks from Signal Hill, the sponsors of the popular radio program “The Whistler”.
“Long Beach is the perfect city to me, because it is living and breathing salute to the 40′s and 50′s, from the Signal Hill Oil Wells to the Queen Mary. I love it.”