The Sarasota Baseball Classic has been recognized by Baseball America as one of the premier prep tourneys in the country. This year’s Classic will be held March 12-15, 2012.

The event is hosted by Troy Larkin and the color commentator is Dean Burnside, owner of Macy’s Pest Control. and long time Sarasota High baseball supporter.  the two of them will keep entertained and informed as area high schools show off their talents.  Below is a list of particpants and schedule: 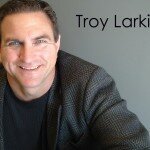 Your Host – Troy has a background in television where he was a news and sports anchor and reporter in central Pennsylvania. He also appeared locally on Let’s Talk Sports. Troy is a graduate of Manatee High School and Millersville University where he received a Bachelor of Science degree in Speech Communication and Theatre with an Emphasis in Broadcasting. He was an NCAA Division I athlete and is involved in local youth sports, serving as Raiders commissioner for six years in the Manatee County Police Athletic League, as well as a coach for football, basketball, baseball, and soccer in various youth leagues in Sarasota and Manatee counties.

Troy also covered Manatee High School’s 2011 playoff run for WSRQ. He serves on
several local non-profit committees and has emceed events for the Greater Sarasota Chamber of Commerce and Susan G. Komen Lunch for the Cure.  Troy lives in Lakewood Ranch with his wife, Kristin and their two sons, Brooks and Bryce.
He’s also a grandfather to Tyson, courtesy of his daughter Brittany.